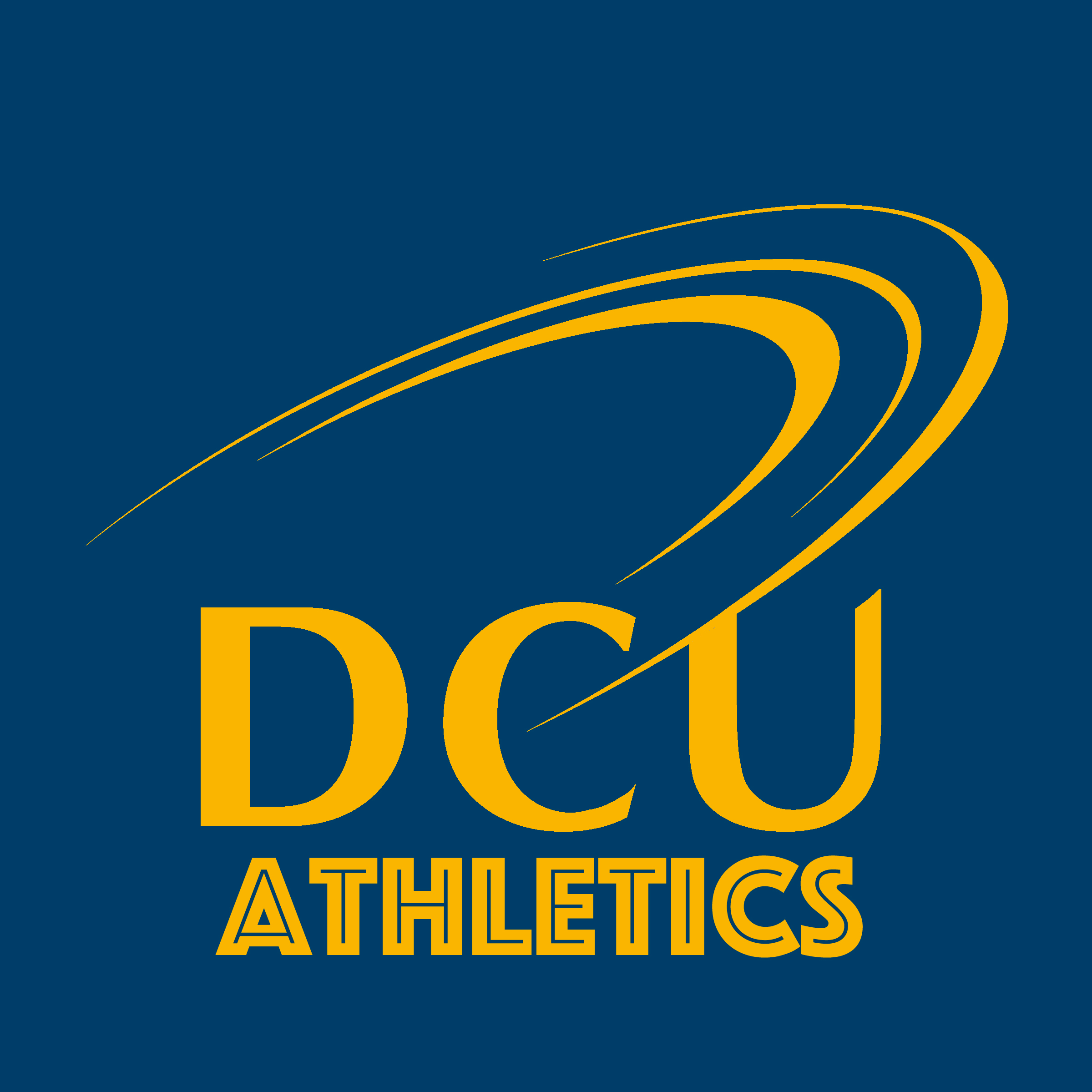 DCU AC athletes have been in exceptional early season form in the last couple of weeks with PB’s tumbling as races return at home and abroad. Here’s a quick round-up of all the action. There will be more round-ups in the weeks to come as the track season continues at pace!

An incredible 20 athletes travelled to Belfast on Saturday May 29th for the annual Irish Milers Club meet at Mary Peter’s Track with high hopes of delivering strong performances given the excellent weather and lack of races in the last year. They certainly didn’t disappoint.

The Men’s 400m saw three DCU athletes involved in the A and B races. In the A race Cillin Greene and Jack Raftery were in action, both running new PB’s. Cillin took the win, ahead of fellow Galway City Harrier, Robert McDonnell, in a time of 46.45s. Jack was 3rd clocking 47.27s and getting a B Standard for the European U23s as a result.  Both performances are cracking season openers. Club Chairman, Shane Monagle made his debut over the distance in the B race and was a comfortable winner. His time of 47.77s would have put him 4th in the A race.

Sophie Becker moved to 5th on the Irish all-time list over 400m with an insane run and new PB of 52.32s in the Women’s A race. Sophie finished 2nd to Phil Healy who also ran a PB in what was one of the races of the day. Sophie will now look to build on that performance and continue to gain valuable ranking points which could see her qualify for the Olympics in Tokyo. A big ask but fingers crossed. Caoimhe Rowe ran in the Women’s 400m B Race running a time of 62.62s.

Also in action in the sprints were Charles Okafor and Aoife Lynch. Charles finished 7th in the Men’s 100m A race (11.10s) while Aoife who has made an excellent start to her season as part of the Irish 4x200m Women’s relay team finished 3rd in the 200m A race in a time of 24.40s.

Plenty of DCU athletes were also in action in the hotly contested middle distance races. The Men’s 800m A race was one of the races of the day, with Harry Purcell and John Fitzsimmons (Kildare AC) only being separated by a photo finish. For the second week in a row Purcell ran a new PB, this time running 1.46.53. In the B race Eoin Quinn ran a European U20 B Standard, finishing 2nd in a new PB of 1.50.45.

Ciara Deely and Zoe Carruthers raced in the Women’s 800m A and B races, respectively. The A race saw British athlete Alexandra Bell securing an automatic qualifier for the Tokyo Olympics running 1.58.52. Ciara had a strong performance bagging herself a new PB of 2.10.29. Zoe finished 3rd in a the very competitive B race also clocking a new PB of 2.12.95.

Daniel Stone and Euan Lagan were in action over 5000m. Daniel ran in the B race running 15.07.02 to finish 7th, while Euan ran a new PB of 15.41.42 in the C race to finish in 6th. Aoife O’Cuill and Claire Fagan ran in the Women’s 5000m. In her second race over the distance on the track, Aoife finished 2nd taking over ten seconds off her previous PB from a couple of weeks before, running 16.41.11. Claire came home in 3rd after a great battle with Aoife clocking 16.49.10 which is only a few seconds outside her PB and SB.

Next Generation Meet – Nijmegen, The Netherlands

Also on May 29th, Andrew Coscoran travelled to The Netherlands for the Next Generation Meet. He raced in the 1500m and moved to 11th on the Irish all-time list, with a new PB of 3.36.05. That performance moves Andrew back into a quota place for Olympics qualification.

Nadia Power continued her season racing in the 800m on Wednesday evening in Slovakia at the World Continental Tour event. Power ran a time of 2.02.02 and is now off to Finland for her next race in what will be a busy few weeks.

Power also raced in the Golden Spike event in Ostrava, Czech Republic on the 19th of May where she finished 6th in 2.02.72.

Former DCU AC athlete Greta Streimikyte took gold in Women’s T13 1500m at the European Paralympic Athletics Championships on Tuesday night. Streimikyte ran a time of 4.39.28, just outside the PB she set a couple of weeks before although the conditions during her race were unideal. Greta will now be looking ahead to the Tokyo Paralympics later this year where she will be looking to medal once again. Congratulations Greta from all at DCU AC!

Harry Purcell and Andrew Coscoran both ran 800m PB’s at this meet, to move into the top 20 Irish of all-time over the distance. Purcell would go onto run another PB the following week as previously mentioned, while Coscoran ran 1.46.91. Brian Fay was just outside his PB running 1.51.44.

Michaela Walsh finished 5th in the Shot Put at the European Throwing Cup in early May in Croatia. Walsh threw an impressive 15.06m.

Aoife Lynch travelled to the Netherlands recently to take part in the T-Meeting. Aoife equalled her 100m PB of 11.91 and followed that performance up with her 2nd fastest 200m ever, 24.23s.

The full event can be watched back HERE: https://www.youtube.com/watch?v=Nc7uj-yn3zc&t=5s

DCU sports scholars Aoife Lynch and Sophie Becker were in action for Ireland at the World Athletics Relays in Chorzow, Poland last weekend.

The 4x200m relay took place on Sunday night, with the DCU girls being joined by Sarah Quinn (St. Colman’s South Mayo AC) and Kate Doherty (DSD AC). Aoife ran a great first leg (24.48s), passing the baton to Kate Doherty. When the baton was passed to Sophie who was running the anchor leg, she began to gain ground on her Polish counterpart who was in the lead. Unfortunately, the Polish athlete held on to take victory, with Sophie running a split of 23.82s to bring the team home in 2nd, setting a phenomenal new National Record in the process of 1.35.93!

Bearing in mind it was both athletes season opener it certainly bodes well for the summer ahead. Its worth noting also that it was Aoife’s first senior international appearance, undoubtedly the first of many to come. Both Aoife and Sophie were part of our 4x200m team at the last IUAA Indoors in Athlone in Feb 2020. Aoife was a reserve on the 4x100m team which finished 10th overall, missing out on a place in Tokyo by only 0.3s, however they did qualify for the World Championships in Eugene, Oregon next year.

Sophie was also a reserve in the Mixed 4x400m, rested due to a recent injury. The team finished 7th overall to qualify for the Olympics after finishing 3rd in their heat in a new National Record of 3.16.34. Chris O’Donnell, Phil Healy, Sharlene Mawdsley and Thomas Barr made up the quartet, with Andrew Mellon replacing Barr in the final.

Congratulations Aoife and Sophie from all of us in DCU AC. You did yourselves, your families, college, clubs, and communities proud!

Power, a final year MINT (Marketing, Innovation and Technology) student has enjoyed a fantastic indoor season so far and will be aiming for a place in this year’s 800 metres Indoor final after a string of personal bests and national record performances at the recent World Athletics Indoor Tour. The Dublin City Harrier club woman has posted a 2:00.98 finish this season and is ranked 7th in Europe, 10th in the world and is currently inside the World Athletics Quota ranking system for Olympic Qualification.

Andrew Coscoran ran a lifetime best over 1500m at the World Indoor Tour meeting in Lievin in France this month; finishing fifth in a world class field. The final year Education and Training Student ran 3:37.20 which placed him fifth on the Irish all-time list behind Marcus O’Sullivan and Eamon Coughlan. The Dubliner is also inside the quota for Olympic qualification.

Sophie Becker is also in superb form breaking her own personal best at the recent Athletics Ireland Elite Micro meeting on February 21st. She clocked 53.20 in the 400 metres and is currently the third fastest Irishwoman over this distance indoors. The Wexford athlete is the current National women’s 400m indoors and outdoors champion.

"I'm delighted for Nadia, Andrew and Sophie on their selections for European Indoors next week. All the hard work and dedication over the difficult number of months is coming to fruition. All three are sport scholarship athletes combining their academic and athletics ambitions to the highest levels. It has given everyone in DCU and DCU Athletics Club a huge boost to see them qualify and everyone is looking forward to watching them in action next week."

"I want to congratulate Nadia, Sophie and Andrew on their wonderful accomplishment of qualifying for the forthcoming European Indoor Athletics Championships. We know the commitment to hard work and long hours, largely unseen, that is required to achieve their athletic goals. We are especially proud of the academic success of these DCU student-athletes and they are to be commended for their ambition and achievements.

WELCOME BACK TO DCU ATHLETICS

Huge welcome to all our new members and of course our returning Athletes.Thanks for signing up! Be sure to keep an eye here and via your email addresses on upcoming events, training, COVID-19 updates and competitions ??

Our committee and Head of Athletics are working hard to make sure there is as much activity in the club as possible while all the while keeping you safe with our COVID-19 protocols.

We looking forward to welcoming back to training sessions with the club from Monday 12th October. Full list of training times= and locations for the different event groups are detailed on the DCU Athletics Website

The 2020 National Championships are ones that will not be forgotten quickly. Due to COVID-19 restrictions the champs took place over two weekends in August and were limited to strict guidelines only allowing a mx of 200 people in Morton Stadium at any time, this in turn meant no spectators would be allowed. A different Nationals but one the coaches, athletes and clubs were delighted to see proceed and credit to Athletics Ireland and their team for getting it across the line. It was also a memorable one for DCU Athletics Club with a full list of medallists below:

A staggering 43 medals won across both weekends by past and present DCU students. Unrivaled by any other Irish University athletics club. There werea also plenty of PB's SB's and gritty performances from everyone on both weekends. Most will have wrapped up the season at this stage and I'm sure taking a much needed rest ahead of a potentially long and hard winter ahead.